Experience a timelapse journey through the undisturbed nature of Norway. See dancing morning clouds over a glacier lake, a sun halo at the North Cape, rare lenticular clouds and stormy weather at Lofoten. This is the second of a series of films that describes the nature of Scandinavia through timelapses and aerial photography.

See more film in our Portfolio

The material for the timelapse film ‘Undisturbed Nature’ was shot during a 7000 km long road trip through amazing scenery in the summer 2016. This adventure went from Copenhagen in the south of Scandinavia through the always changing landscapes of Norway with its deep fjords, snowy mountains, glaciers and many waterfalls, through the untouched islands of Lofoten and all the way to the moon landscape at the North Cape before returning to Denmark through Finland and Sweden with thousands of lakes and deep mysterious forests. On this epic journey not only the most popular tourist places were visited. To get the right shots it was often necessary to hike for hours with heavy equipment to remote locations.

Description of timelapses in ‘Undisturbed Nature’:

0:05
The first clip is from Svartisen – the second largest glacier in Norway. To make this clip of dancing morning clouds over a glacier lake, I had to get out of my warm sleeping bag at 3 o’clock in the morning. But I think it was worth the effort.

0:13
Close to the North Cape I had the opportunity to make a timelapse of a sun halo which is an optical phenomena produced by light interacting with ice crystals in the upper atmosphere.

1:21
This clip is made at the coastal route of northern Norway – the Fv17. This route has everything … if you like bridges, ferries, tunnels and countless eye-catching sights … and if you are not in a hurry. It was while driving along the fjords on this unique route that I came across this spectacular place and felt an urge to stop. So with this magnificent scenery in front of me I turned on my camera, put up my tent and stayed for the night.

1:42
At the island Havøya close to the North Cape I was the spectator to one of natures rare phenomena – lenticular clouds.

1:49
It can be a challenge to fall asleep in the bright Norwegian summernights. Instead of lying sleepless I went for walks in the nature and came one early morning across this beautiful waterfall at the Geirangerfjord.

2:03
From the Geirangerfjord the road goes very steep to the Dalsnibba mountain plateau in 1476m. To create movement in this timelapse I used a motorized slider. The footage was afterwards stabilized in postproduction.

During my hiking in the undisturbed nature I shot 35 thousands time-lapse photos and several hundred aerial photography videos in 4K UHD of some of Scandinavia’s most beautiful spots. Afterwards this footage was combined with lot of creativity to make a series of 4K video films that show the beautiful landscapes of the Nordic countries. Nature’s beauty can be so easily missed. It is my hope that these films will contribute to a deeper understanding and gratitude of the natural wonders in our world and to the preservation of our fragile environment in the future.

“Wow, I was blown away. It was amazing.”

“Wow, the clouds dancing over the lake. I have never seen anything like that before.” 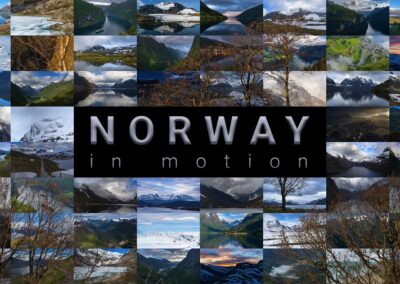 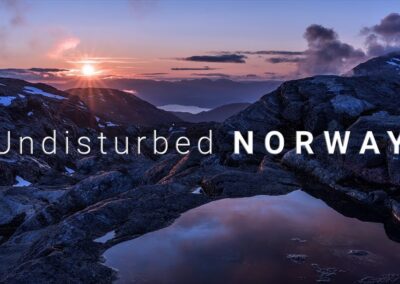 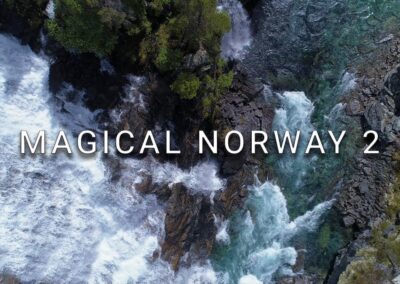 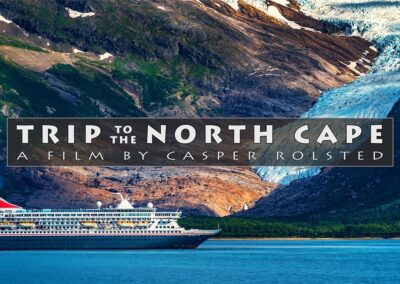